To share your memory on the wall of David Atherton F.R.S.C, P.Eng., sign in using one of the following options:

Provide comfort for the family by sending flowers or planting a tree in memory of David Atherton F.R.S.C, P.Eng.

The gesture that can change the world

David Lawrence Atherton, Fellow of the Royal Society of Canada, Emeritus Professor of Physics and Computer Engineering at Queen’s University, Engineer and co-founder of the Pressure Pipe Inspection Company passed away peacefully on March 18th, 2020 at his home, Silverstone Farm.

David is survived by Joanna (Banham) his beloved wife and companion of 58 years, and his two much loved daughters Tamsin (Ann-Marie) and Heather (Jeff). He will be missed as the cherished Grandad of Caden, Serena, and Jude. David is survived by brothers Richard (Elaine) in Derbyshire, U.K. and Charles (Anne) in Athens, Greece as well as many exceptional graduates of whom he was exceedingly proud.

David was born in Chelsea, England in 1935. He was a major scholar and exhibitioner at Clare College, Cambridge. He came to Canada in 1959 joining Ferranti-Packard Electric, Toronto, where he helped build the first Canadian computers and then established research in practical applications of superconductivity. He founded and led the Canadian Maglev project which he brought to Queen’s in 1971 where he helped foster the growth of the Engineering Physics program. He established the Applied Magnetics Group and became an international expert of magnetic inspection of oil and gas pipelines and subsequently large water supply lines, and in 1997 co-founded the Pressure Pipe Inspection Company.

David was also a keen photographer and mountaineer, climbing in Iceland, Greenland, Alaska, Baffin Island, and Peru. He made several notable first and second mountain climbing ascents and served as Chairman of the Toronto section of the Alpine Club of Canada.

David found great joy in his life at Silverstone Farm, the farm on Sydenham Lake north of Kingston, Ontario that he and Joanna restored. There they built up a herd of Murray Grey beef cattle and created award winning gardens with spring bulbs being David’s speciality.

In keeping with David’s wishes there will be private family gatherings at Silverstone Farm and in Derbyshire, U.K., two of his favourite places. If desired, donations in David’s memory to the University Hospital Kingston Foundation or Nature Conservancy Canada would be gratefully received.

To celebrate David, the family will hold an Open Garden Day at Silverstone Farm during the time of the daffodils in the Spring of 2021 for the enjoyment of all that was closest to David’s heart. Details of this event will be made available this time next year.

“To live in hearts we leave behind is not to die.” ~ Thomas Campbell
Read Less

There are no events scheduled. You can still show your support by sending flowers directly to the family, or planting a memorial tree in memory of David Lawrence Atherton F.R.S.C, P.Eng..
Plant a Tree

Donations are being accepted for:
Nature Conservancy of Canada University Hospitals Kingston Foundation

We encourage you to share your most beloved memories of David here, so that the family and other loved ones can always see it. You can upload cherished photographs, or share your favorite stories, and can even comment on those shared by others.

Plant a Tree in Memory of David
Plant a tree
0 trees have been planted in memory of David Lawrence Atherton F.R.S.C, P.Eng.
DR

Posted Mar 24, 2020 at 06:41pm
I will never forget the Remote Field Eddy Current seminars that David hosted in Kingston in the late 1990's. Many of the people who attended them year after year are still in regular contact with me. David taught and mentored some of my most valued employees and colleagues, and it was a privilege to be his and Brian Mergelas's partner in PPIC. Julie and I send heartfelt condolences to Joanna and the Atherton clan. We hope to see you all and catch up next spring.
Comment Share
Share via:
MS

Posted Mar 21, 2020 at 05:38pm
It was a privilege to have known David as a friend and colleague and have had a research group in Engineering Physics at Queen’s which worked in parallel to his. His group brought much prestige to Queens and developed technologies which were important to Canada. The energy and discipline with which he pursued the research objectives of his group not only inspired his own students but also those in mine. He played a major role in supporting the activities of the Royal Society of Canada at Queen’s, particularly the seminar program through financial support and in his participation in its presentations and discussions. He was a colleague whose teaching influenced the development of the Engineering Physics program with clear links between the teaching of physics and engineering and its use in industry and society as a whole. His influence lives on in his students, postdocs and collaborators. My sympathy to his family. Michael Sayer
Comment Share
Share via: 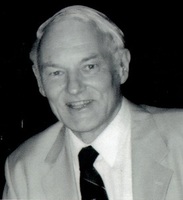