To share your memory on the wall of Murray German, sign in using one of the following options:

There may be a delay while processing. Please do not click the back button or refresh while a payment is processing.

Your donation has been processed successfully

“Love is the most durable power in the world.” Martin Luther King Jr.

“Love is the most durable power in the world.” Martin Luther King Jr.

Murray John William German, U.E., passed away at home, June 2nd, 2019, in his 78th year. He is survived by his loving wife of 53 years,Marion (nee Clarke). Murray will be lovingly remembered by three children and their spouses: Beth and Jason, Barb and Don, and Clarke and Karen. He will be missed by his grandchildren, whom he adored, and was so very proud of: Tiernan, Nolan, Pyper, Amelia and Oscar. He is survived by his sister Ruth Kerr (Craig), brother Donald German (Deanna). He is predeceased by his parents Raymond and Audrey (nee Millar), sister Jean (Patrick), sisters-in-law Betty, and Ruth (Harold), and brother-in law Jack (Elva). Murray grew up in Prince Edward County, and graduated from the University of Guelph. He met and married his Marion, after a blind-date, while they were both finishing their studies. Murray was a biologist by profession, working at the Ministry of Environment, eventually as Chief of Groundwater Quality for South-Eastern Ontario. He finished his career heading-up the clean-up of the St. Lawrence River (RAP) and, closest to his heart, the clean-up of the Bay of Quinte, the very waters he grew up on. Murray will be remembered as a loving husband, father, grandfather, friend, mentor and guide. A kind man, who loved his family, spending time in nature, and who had a special place in his heart for his pets. Murray’s celebration of life will be held at Bath United Church, on Monday, June 10th, at 11am. As an expression of sympathy, donations to Bath United Church 402 Academy Street Bath, Ontario K0H 1G0, or Hospice Kingston http://www.hospicekingston.ca/ would be appreciated.
Read Less

To send flowers to the family or plant a tree in memory of Murray John William German, please visit our Heartfelt Sympathies Store.
Print

Provide comfort for the family with a meaningful gesture of sympathy.

Donations are being accepted for:
Bath United Church Hospice Kingston

We encourage you to share your most beloved memories of Murray here, so that the family and other loved ones can always see it. You can upload cherished photographs, or share your favorite stories, and can even comment on those shared by others.

Posted Jun 05, 2019 at 03:12pm
Beth & Family, Our heartfelt love and condolences. The stars will be brighter with Murray in their midst. With love 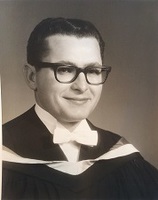